The best thing about publishing games... is all the great people you meet.

I planned to do a report on how well Spearpoint 1943 did at Origins 2010 this past June at its launch, which I may still write up, but right now I'm going to focus on something more important- something that is crucial to success as a publisher... meeting and working with others.  Many of the people I've met "in the industry" are extremely nice and helpful.  Many I'd call good friends. 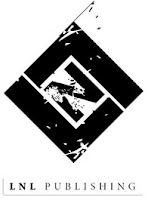 People like Mark H. Walker and his family (of Lock N' Load Publishing).  I first met Mark as we were both exhibiting games in Gettysburg, PA in 2008.  Since then I'd say we've become pretty good friends.  At Origins this year, he, his family, and I shared meals, games, and had a lot of fun together.  Mark is an accomplished author, game designer, and publisher.  His games are great and he's one of the few publishers I know who can do this full time.
People like Lt. Col. Robert "Smitty" Smith and his wife, Katie, two of the friendliest people I've ever met- both of them full of personality and charm.  Smitty reviewed my first game in Panzer Digest (good magazine btw).  At Origins, the Smiths exhibited for Panzer Digest Magazine in a booth right next to mine.  We offered to cover for each other during the rare breaks (though they mostly covered my area for me...).  I had a blast with them at Origins.

People like Uwe Eickert of Academy Games.  If there is one guy I'd call my "mentor" in this business of publishing, it's Uwe (pronounced OOOO VAAAH, not YOU EEE, OOO EEE, or OOO WAY- I know, it's tough ;)).  He has so much positive energy and excitement about everything he does he actually scares me.  I don't know how he keeps up, but he's a brilliant businessman, engineer, and game designer, and always a pleasure to work and hang out with.  This year at the GAMA Trade Show in Las Vegas, Uwe, his son, and I all shared a room at Bally's.  Every night he was up responding to e-mails and catching up- I literally don't think he slept- except after that one buffet at the Paris...
People like Greg Silberman, a New York lawyer who is a "hardcore casual gamer" and longtime supporter.  He was one of the first guys to preorder one of my games at Historicon (Or was it WBC?).  Greg is a super guy who's just fun to be around- in Las Vegas, he introduced several of us to a great "local" oldschool steakhouse called the Golden Steer.  I thought we'd be shot in the parking lot, but once we walked in, the place was immaculate.  The food was amazing, but the company was better.  At Origins, I had the pleasure to learn how to play Fires of Midway with Greg as my teammate in a 4-player game hosted by the designer, Steven Cunliffe (another cool guy).  Greg and I eeked our way to a slim victory as the Japanese...
People like Marcelo Figueroa of the Greater Games Industry catalog.  Marcelo is crazy and I'll leave it at that.
People like Davide Galloni from Italy.  He and his group playtested two of my games and even demonstrated my latest one at a convention called PLAY in Italy earlier this year using a demo version.  He's even translated some of the rules of the first game into Italian for his group.  I've known Davide for several years now and he's always a pleasure to chat with and work with.  I know I can depend on Davide for some excellent constructive feedback.
People like John DiPonio.  If you know or get to know John, you'll quickly be glad to call him a friend.  John is the kind of guy you dream of having as a playtester.  He always follows through with what he's working on and helps me keep my priorities straight.  An all around great (and funny) guy.
People like Ken Whitehurst of the This Week In Wargaming podcast.  Ken and I had lunch the other day to catch up.  I gave him a review copy and prize copy of Spearpoint 1943 for his podcast and we had a nice conversation about games and design in general.  He interviewed me for his podcast back in February (Episode AT-7) at the Williamsburg Muster, which was a lot of fun.  I look forward to collaborating with Ken on a work-in-progress sci-fi game.
People like Lance Richardson of http://www.gettingboard.com/.  Lance's first video review was of Spearpoint 1943 - and he even added sound effects!  He's a super nice guy who is just getting started with his review site, so be sure to check it out.  He talked the owner of his FLGS into buying a few copies of SP43 for their store - they're now re-ordering having sold out!

People like Chuck Turnitsa of my local game group, ODMS.  Chuck regularly hosts great miniatures games and boardgames at our local spot in Hampton, VA called "The Hangar".  He's the "glue" that holds the club together and does a great job as a convention director- recently leading a team of ODMS guys in the concept and execution of Williamsburg Muster and Guns of August, both located in Williamsburg, VA spaced 6 months apart.  Chuck is a great guy and he is passionate about all things gaming, yet he keeps his focus on his family, always balancing out work, family, and time with friends.  Chuck has been a supporter for a long time and a real advocate for Spearpoint 1943, and he's always full of encouragement and good constructive feedback.  I'm glad to know him.
There are many others and I could go on and on.  I'm very thankful to have met these wonderful people - they've made (and continue to make) quite an impact on me personally and professionally as a game designer and a publisher.  I've learned so many things I would not have learned had I kept my questions and ideas all to myself.  People like those I've mentioned make this industry great.  They, and all of our customers, make it worthwhile to invest so much time into something as complex as designing and publishing games.
Posted by Byron Collins at 7:55 PM

Promote Your Page Too